3675
While the new address district of South Portland is an official thing, but it's still not applied to any of the street blades we've seen there, it has apparently broken Google Maps's tiny mind.

The South 'sextant', as it will be recalled, encompasses that part of Portland east of a line formed by Naito Parkway and View Point Terrace, west of the Willamette River, and out to the Multnomah County/Clackamas County line, taking in part of Lair Hill, most all of Johns Landing, and the posh-above-posh estates of Dunthorpe and Riverdale.

Google Maps, though, thinks that the "South" directional extends farther west than it actually does. As in this area around Cap Hwy and SW 30th Avenue: 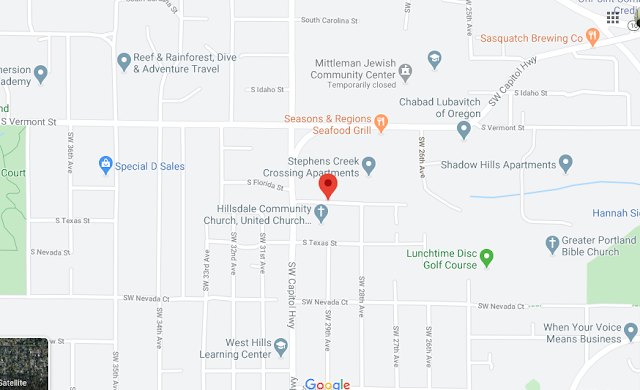 If Google Maps cruises this blog, we'd like to reassure them that, no, at this point the named streets are Southwest, along with the numbered Avenues. Seeing Carolina spelled out as South Carolina Street is just plain bewildering.

This bemusement extends into the area were everything is actually supposed to be South, which Google Maps can't work out successfully either: 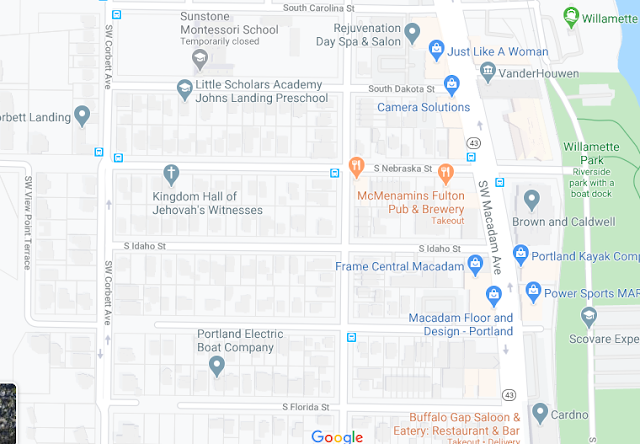 Because we have S Idaho, S Nebraska, and S Florida Streets all crossing Southwest Corbett Avenue and Southwest Macadam Avenue.

Quite an ironic outcome for an evolution that happened because, as they said, geolocating software couldn't cope with the way the addresses were laid out in this area.

I mean, I know we didn't order this side of unintended consequences, yet, here we are.
Designed by: Samuel John Klein at 11:55