2624.Not too long ago I put up some pictures from Rocky Butte. Yesterday I wangled our way over to the other beauty viewpoint in town, which as any Portlander ought to know is Council Crest.

Council Crest has had a variety of roles since Europeans came to this area. As related in a very clever way at the summit viewpoint, the knoll itself was named by a group of church leaders who, for some strange reason, decided that it would be just the grandest place to hold a gathering and decided that, since it was so majestic, that the Native tribes who preceded them simply must have done the same thing.

Never mind that it took them two hours in horse-drawn carriages to get up there.

In the past it's also been an amusement park (imagine riding the roller coaster on that one … they have something like that in Vegas now, though they had to build a tower to get it) and a terminus to one of the iconic old Portland streetcar runs (the CC car). Now, of course, it's one of our most popular city parks and has, at 1,070, the best view of any park in town.

Until recently, though, the signature views were actually getting obscured by tree and brush growth. This put more than one Oregonian in a peculiar place: unironically advocating for the removal of a bunch of trees. But it's in the service of a good cause, and there's still plenty of green.

The clearing has reopened views that had gone away so gradually I didn't know they were gone. The Fremont Bridge is one again clearly visible with Mount Saint Helens in the distance: 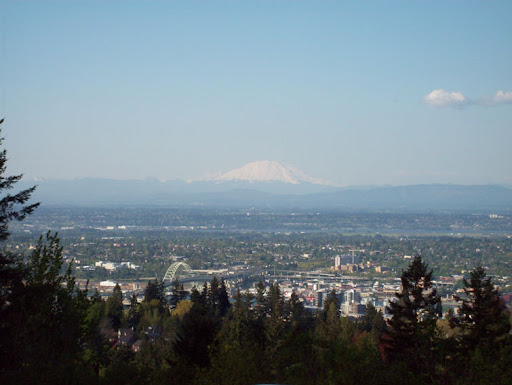 And, signature and picture-postcard views of downtown and NE Portland are back in style: 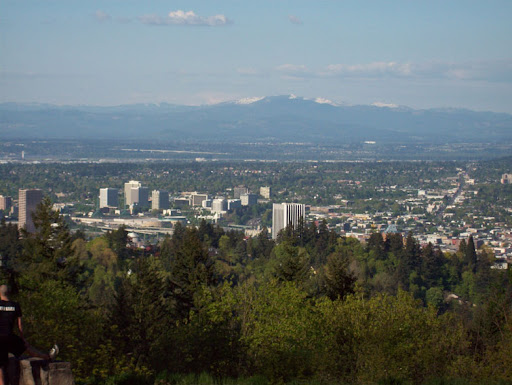 The niftiest thing to me is the view of Sandy Boulevard that this viewpoint gives: 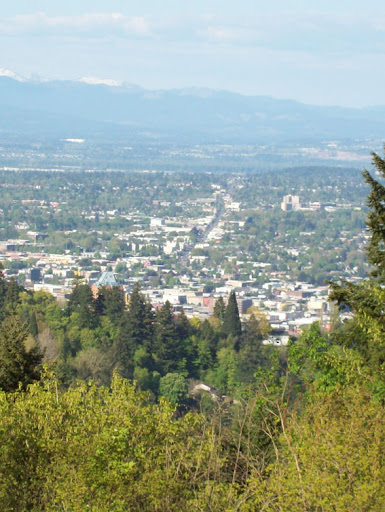 And if you can zoom in … welcome to Hollywood, baby! 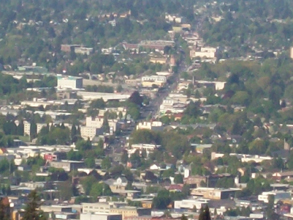 Email ThisBlogThis!Share to TwitterShare to FacebookShare to Pinterest
Filed Under: liff in PDX