3470.
Yesterday we were in Salem for a momentous life event. More on that anon.

This is the view from Center Street westbound in the neighborhood between 17th St NE and the Oregon State Hospital area: 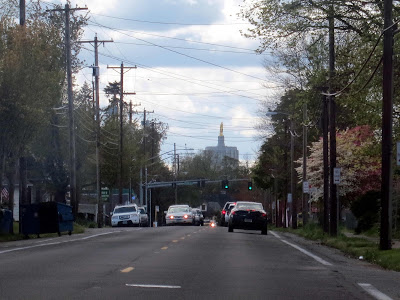 And the next two are from a POV near the top of the hill on 12th St SE, just north of Madrona Avenue. 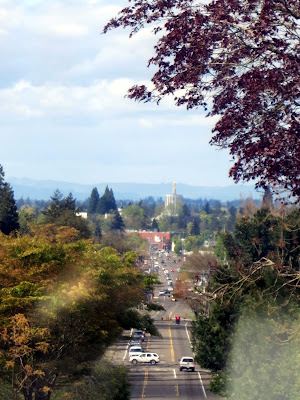 That's 12th St receding into the distance. It's a great, pretty view, really. Salem should really sell this sort of thing. It's the kind of thing that goes on posters. Or should. 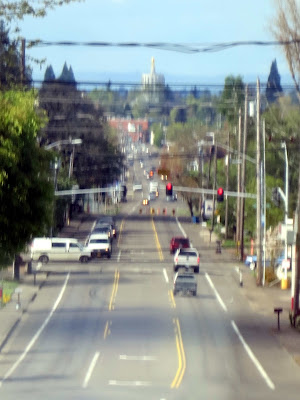 This is from slightly farther down the hill, and would have been better if I could have held the camera steadier. The angle on the street is much more enticing.
Salem is just as photogenic as Portland is, but it's a lit shier. You have to go looking for it.
Designed by: Samuel John Klein at 13:01 No comments:

3469.
The Peet's coffee on NW Couch between 11th and 12th has begun to evolve into a pre-Powell's 'book church' stop for us. The coffee is good and we can get madeleines (most of the time … it was snickerdoodle this last Saturday) which have gone beyond a mere Proustian affectation to become something I have become simply mad about.

You don't have to love A la recerche du temps perdu to love madeleines, and dipped in the front of a salted caramel latte, they're celestially good.

Our barista today was this magnetically affable young woman named Zoë. Eventually, her lower arm tattoos caught my eye, I asked permission to photograph, and she granted this request. 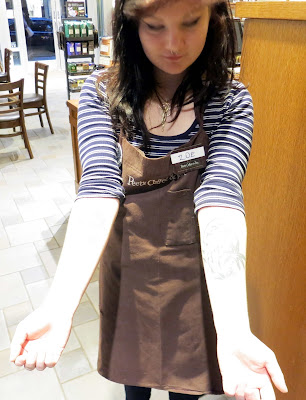 The wide-screen view didn't work out, but the closeups, much better. This first one made me laugh inside because of its sheer irreverence with a dark tinge. 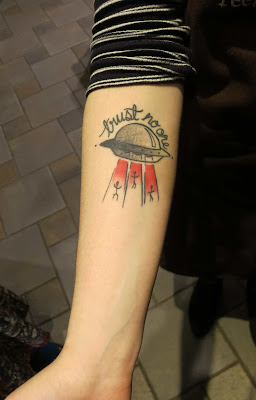 She said it was inspried by The X-Files. The truth is out there; it's that the show is timeless, at least so far. It was the other one that really touched my heart, though, in the best Oregon-emigrant sort of way: 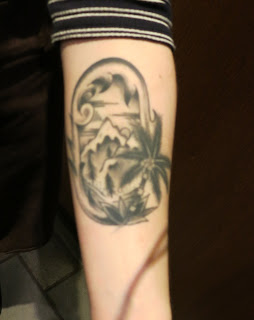 The cartouche curls into the suggestion of an ocean wave. it merges into flora including a palm tree, then incongruously contains a sunrise over an evergreen forest, the skyline dominated by a snow capped mountain reminiscent of Wy'east. She explained this was to honor her homes; where she came from, San Diego, and where she calls home now … Portland.

Now, that's an Oregon-California merger I can get behind. Full of West Coast heart and soul. Delicious artwork, too.

We like Zoë, and we love that branch of Peet's Coffee. Next time you're in there, may we recommend two things: Donsuemor madeleines, and a hello to Zoë. And my thanks for letting me pict her ink. Quite an honor.
Designed by: Samuel John Klein at 12:06 No comments:

3468.
The setting is SE Division St in the mid-130s. Heavy Eastside Portland. There, at 136th, just between the Dairy Queen and the Dutch Bros. Coffee drive-through, is a pedestrian overpass.

Deep outer SE Division is a thronging boulevard, the main route into, through, and out the area on your way from Portland to Gresham, Sandy, Welches, Rhododendron, Government Camp, and points east and southeast into central Oregon and the Oregon outback. And, as in much of east Portland, it's a combination of what amounts to Oregon urban sprawl covering a palimpsest of the rural land it was about 50 years ago.

The pedestrian overpass gives a good sweep of what the eastside has become. 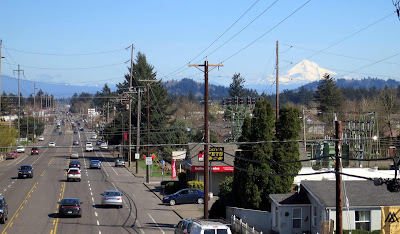 Down and to the right you see a set of tiny apartments that used to be a roadside hotel. These days, it's the Swan Court; back in the bad old day, it was the Swanee Motel. It had seen better days even then. Now it's a shabby-ish apartment court, and it's actually much better off that way.

Just east of that there's the pet shop. We've never been in that pet shop.

The red-eaved building just beyond that is the insurance agency of Nick Kondos, one of those strange, insurance-agent names you see around town like Billy Grippo.

The pale monolith in the distance is the sign for the Division Fred Meyer store. That's out at 148th Avenue, so that's about three-quarters of a mile off.

Looming above all this is our fair-haired sentinel, boastful of a cap of snow that, this year, at least, is more snow than average.  Of all the things we have to worry about this year, at least a drought summer isn't one of them.

You count your blessings these days. 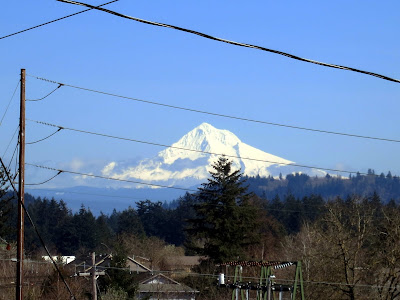 Designed by: Samuel John Klein at 00:50 No comments: