The Afterlife Of A Dead Portland Racetrack

This is a thing that exists, now. NE 82nd and Killingsworth. This is a building that's been many things over the years: restaurant, bar, strip joint. The name that comes to mind is Taylor's Viewpoint. But haute cuisine? No.
Here's what it is now: 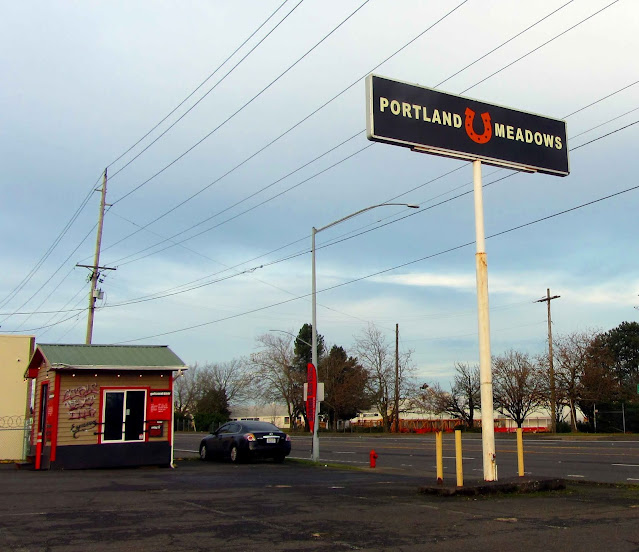 It's the remains of Portland Meadows, or at least, that's the way it's branded. And there's a lingerie espresso kiosk in the parking lot, which does not seem wholly inappropriate.
The actual horse racing track, the one that stood for more than 50 years just off I-5 near Delta Park, is gone now. It was demolished in February, but had by then largely moved on from horse racing ... a sport, outside of its marquee events, that appears to be trending toward irrelevancy across the United States. But Portland Meadows did do a steady business in off-track betting and poker tables, and that's what we have out here at 8102 NE Killingsworth which is, withal, the sort of intersection you'll be going through for one of only a handful of purposes, all of them adult. 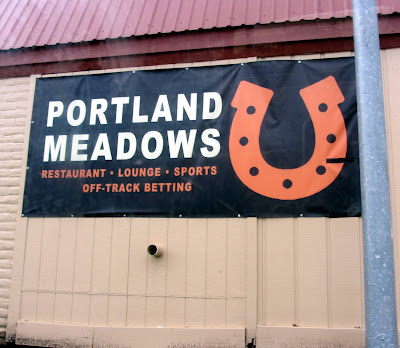 So it goes.
Designed by: Samuel John Klein at 11:32 No comments:

Wy'east With A Fire In The Sky

This was Wy'east from the Rossi place at NE 122nd and Shaver today. There was a lot of red and gold in the sky so you know I couldn't pass that up.

A lot of fire in the sky. The sun rising cast a golden haze around the shoulder of the volcano. 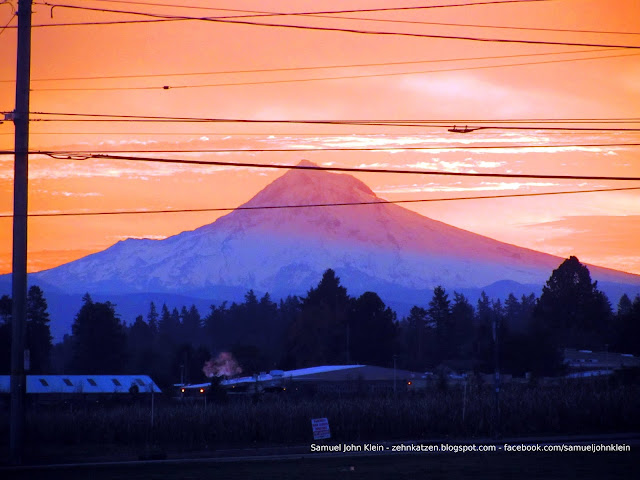 I've begun to become just perhaps a little enamored of this tall, portrait-y format because you get enough of a ground to anchor the idea and this tall towering column of sky to create the majestic backdrop.
The skies over Wy'east have been most dramatic of late, and today was no exception. 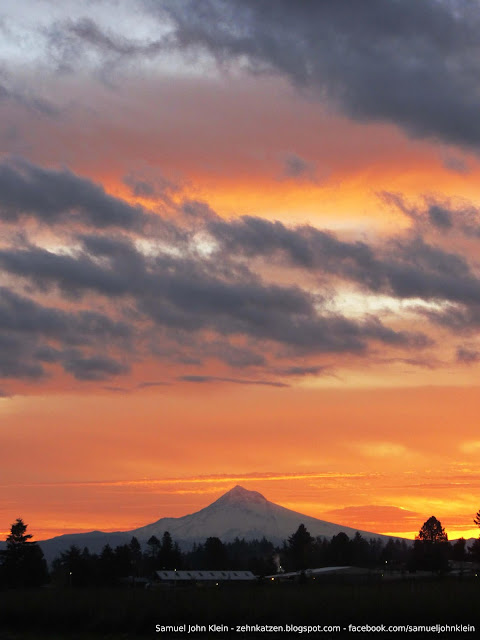 Designed by: Samuel John Klein at 10:41 No comments: