As is being reported by various news outlets, such as KGW, here, Portland's WHL hockey franchise, the Winterhawks, are updating their logo and entire graphic identity system.

It's a timely change. I doubt it's escaped the notice of anyone likely to read this blog, but the growing awareness of cultural appropriation and what it means in today's society is an issue that we must meet in some way. The professional sports world, which has in the past helped itself fairly readily to cultural symbols from, in a great amount, indigenous First Nations cultures, has met it in a variety of ways ranging from embracing the change to obstinately resisting it.

The Winterhawks' now-former logo is problematic for at least two reasons: the image itself being a First Nations warrior, and the method of original adoption - back in tthhe 1970s, the team originally had to scrounge for uniforms, and some surplus Chicago Blackhawks uniforms were available, and the team apparently just rolled with the design.

The logo and identity redesign released today meets the challenge of sports team identity in the modern age where casual cultural appropriation is an issue rather admirably, I think. The new main logo ... 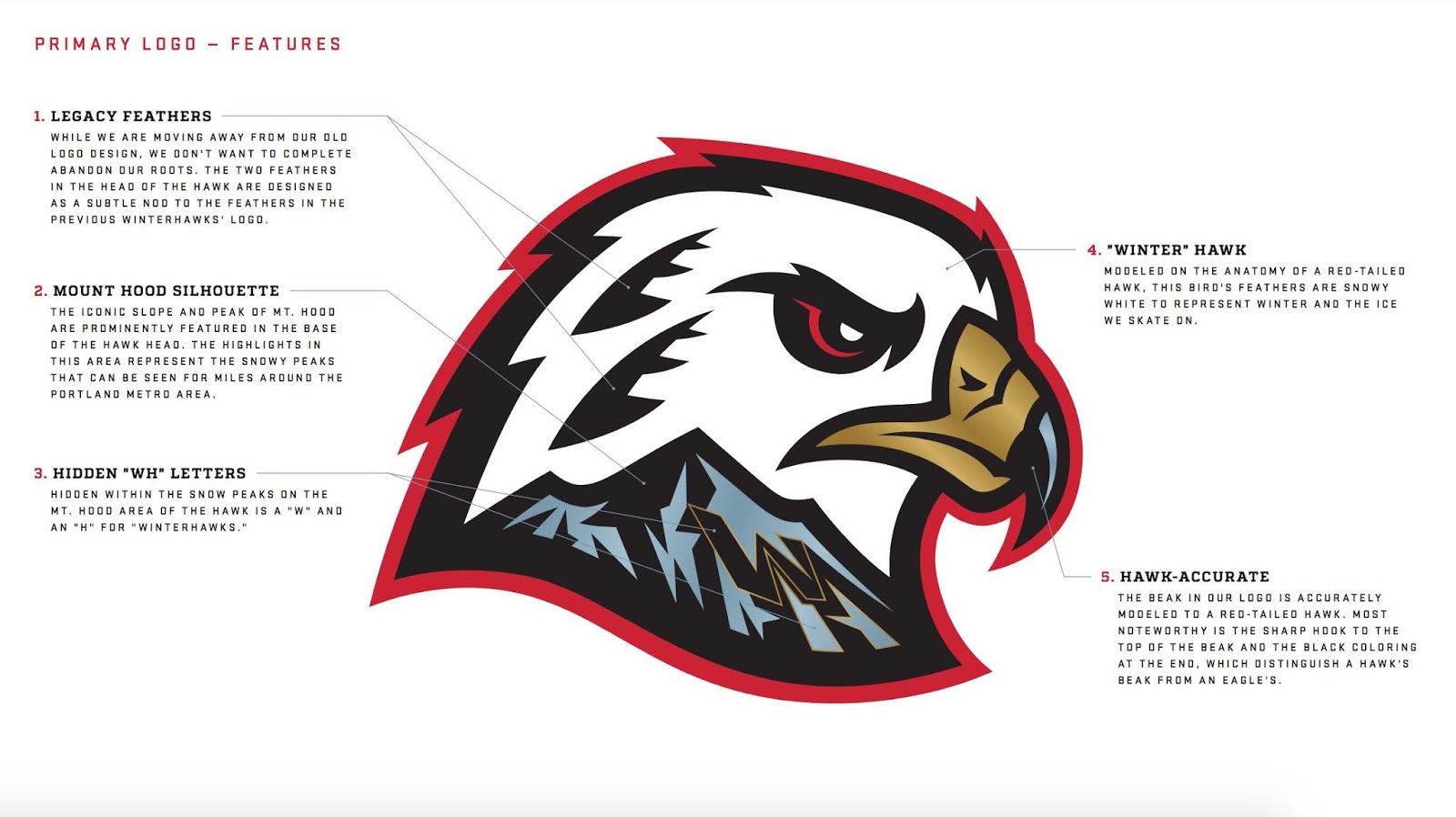 .... divorces itself from the old in a way that is positive and aspriational, really. The head of a red-tail hawk, colored white to reflect snow and ice, the detail in the head feathers acknolwedging the past in a positive manner, the stylized mountain, even the artful concealing of the letters W and H in the mountain's detail. There is much to like about this logo, and a perfect time for its introduction to have a positive impact.

There is more to the identity system than this; a whole range of wordmark and palette design changes that are throrough and thoughtful. It's most impresssive, and can be seen via a link to a Scribd file at the KGW story which I've linked here: https://www.kgw.com/article/sports/hockey/winterhawks/portland-winterhawks-replace-native-american-logo-mascot-unveil-new-logo/283-a2266c1c-671e-4a6e-89bc-05892b0f6af6