The Progress on Summertime Farm

The current PBN project, Summertime Farm, heads toward completion. I am, evidently, going to fill in the barn last of all. 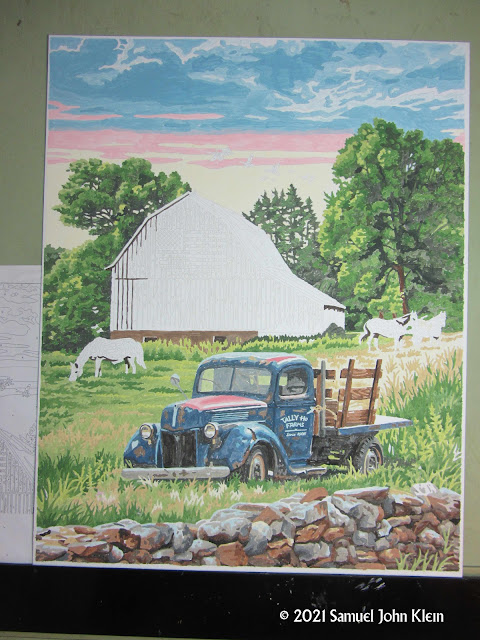 The barn is full of detailed little spaces that will require much attention, and the weathered American flag design on it so so detailed in and of itself that it requires a separate callout on the instructional diagram.
Should be satisfying.
Designed by: Samuel John Klein at 03:46