2974.Yeah, it happened again. Bunch of snow and hideously cold weather hit the Pacific Northwest, and Portland in particular.

Here's some scenes from a certain transit home from work on a certain recent Friday morning for a certain 3rd shifter involved in a branch of the transportation industry. 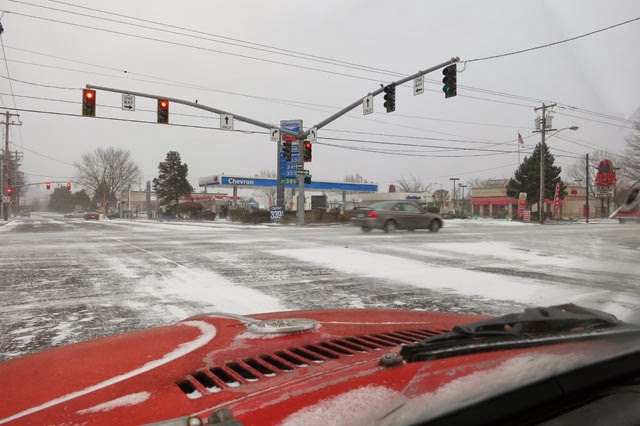 SE 102nd and Stark Street, in the bustling Oregon metropolis of Russellville, which is actually a sub-metropolis of Portland.

This'll be notable for recording the gas prices on a certain Friday morning in December 2013 as anything else.

This next shot proves that there are some stretches of Hawthorne Blvd that are less fashionable than others, but just as cold and wintry. More evergreen trees, too! 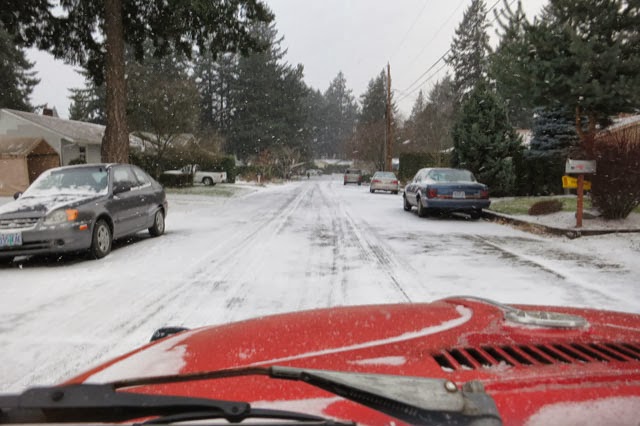 Next, SE Stark and 122nd, looking east. Look at that line of headlights dwindling into the east there. Not only was the traffic on the greater Portland freeway system historic, but the side streets were no great shakes neither. But interesting looking. 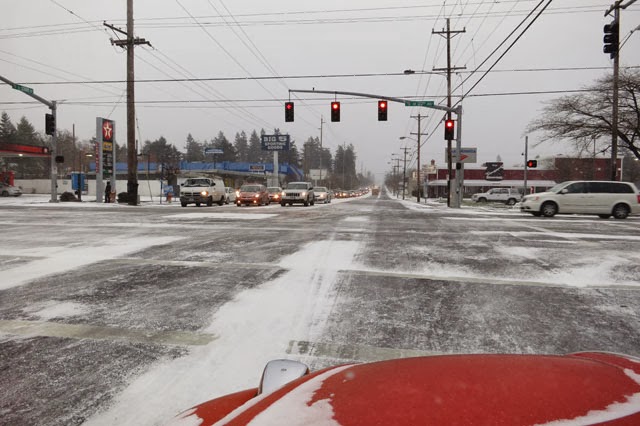 SE Stark, looking east from about 112th Avenue. They say, today, in the weather, now that we're in Bitter-cold-and-the-water-in-your-bathroom-pipes-is-frozen-and-I-hope-to-God-they-haven't-burst-alypse 2013, Oregon is actually a few degrees colder than Alaska.

So now we know where Alaska goes for vacations. 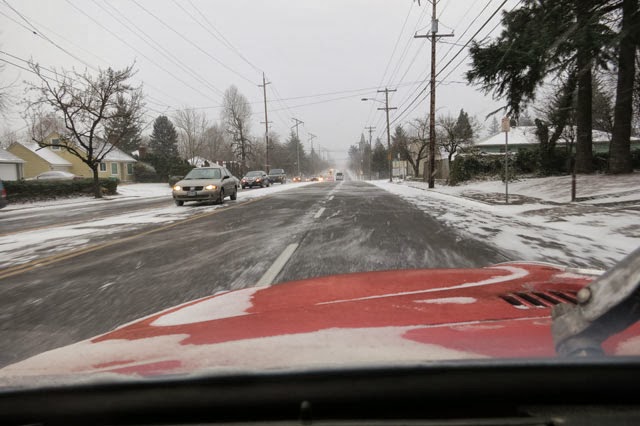 While it is personally easier to survive steely cold snaps than it is the heatwaves (one can always put on another layer) it's no less horrid. The prolonged extraordinary cold can be just as oppressive as the hot, and just about as enjoyable. We look forward to the warming this coming week with a mixture of eagerness and apprehension - those frozen pipes don't exactly encourage.

Seeing "12 degrees" on the home weather station is only amusing for just so long, and it's a lot of a shorter time than you'd otherwise think, oddly enough.