I did say it was as working river, this harbor. Here, now is a bulk ship leaving the Willamette and entering the Columbia for, we're presuming, points west (actually, subsequent checking of VesselFinder.com revealed it was headed for Nanaimo, BC).
This is the good ship Corio Bay. 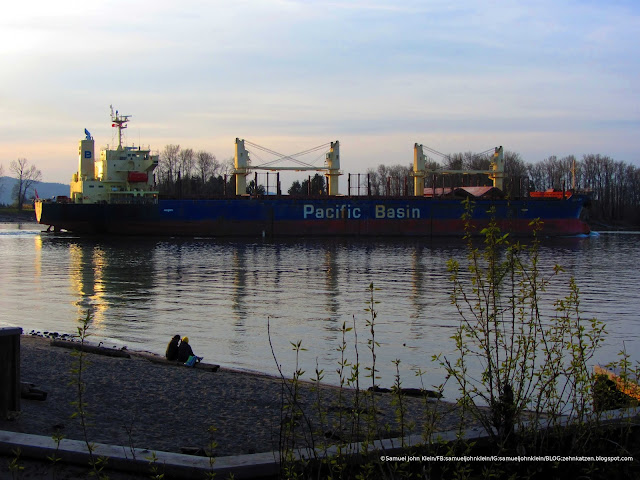 It sounded a large, booming sound as it proceeded out of one river and into the other, then languidly sailed downstream the Columbia, toward Astoria, and at that speed, it would have made it there that evening. VesselFinder reports that the ship is still at Nanaimo.
VesselFinder also reports that the ship sails under the flag of Hong Kong, but the foretop sports Old Glory, also a maritime flag that is half red, half white: 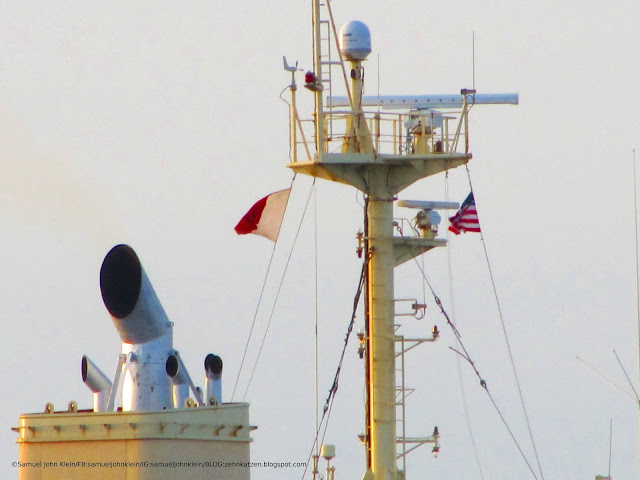 The Brown Eyed Girl wondered aloud what that meant, so I endeavored to find out. That particular maritime flag says, in International Code of Signals-speak, I have a pilot on board, so the Corio Bay was getting river-pilot assistance to navigate the inland waters of the Columbia. What a life that must be ... there isn't anyone I don't know, including myself, who's wondered about going on that adventure at one time or another in their lives.
Designed by: Samuel John Klein at 11:02