If I throwback any harder I may just wind up back in 2010, who knows. A similar artifice worked for Christopher Reeve in Somewhere In Time. So, there's that.
Zach's Shack is a place on the north side of SE Hawthorne Blvd just east of SE 46th Avenue. It specializes in hot dogs and sausage dogs of many varieties, and is a funky space with retro concert posters and funky dogs named after Bob Dylan and New York and Chicago and such. The french fries are incomparable. And it was a nifty dark place to sit and watch Hawthorne Blvd go by.
This was the view out to the street in June, 2010. 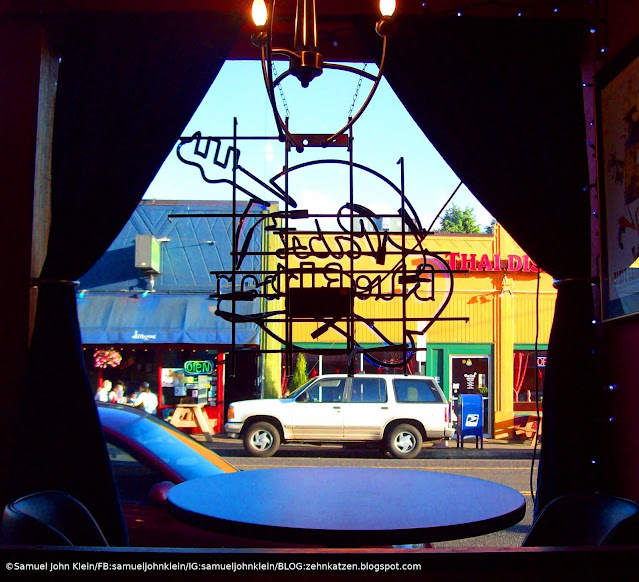 Stumbling on this picture excites me because it makes me think of photo-realistic painting and I am planning on doing a painting based on this photo.
It's the way this looks like those snapshot photo-realism paintings I've seen so much of coming from that school. I like the way the SUV across Hawthorne rests on a spot roughly 1/3rd of a way up from the bottom, creating an asymmetrical composition in the classic style.
It's resolved. I'll be painting this soon.
Designed by: Samuel John Klein at 14:04